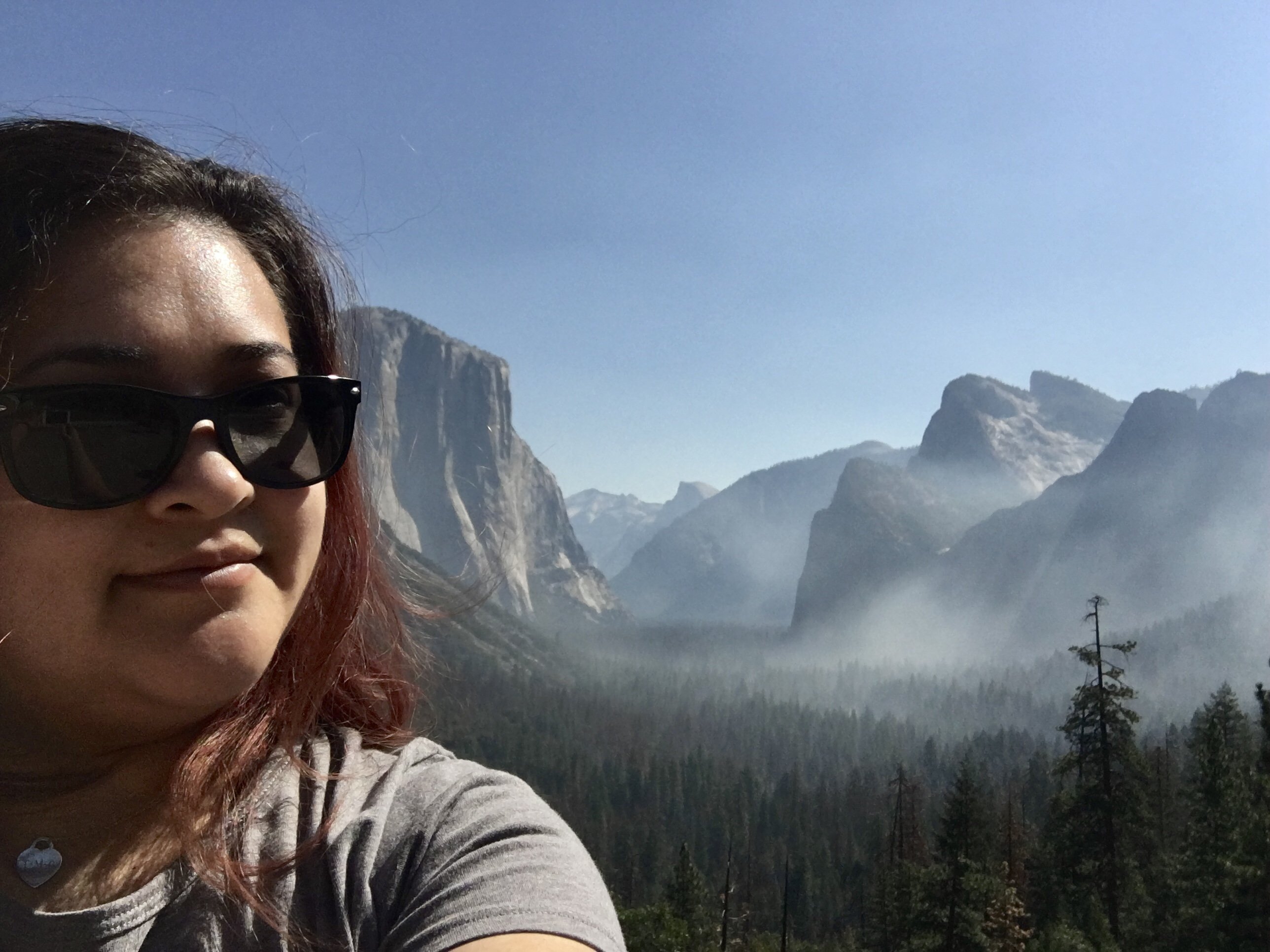 Welcome to our blog series: Meet the Team, where we will introduce you to the minds behind Command Prompt. This month we speak with Tiffany Gustanski, Assistant Project Manager at Command Prompt.

How long have you been with Command Prompt?

I’ve been with Command Prompt since August 2020.

What’s your background and expertise?

Before Command Prompt, I was a project manager for a cloud SAAS company, implementing their accounting solution.. Prior to that, I had recently graduated from an MBA program at California State University Northridge (CSUN), so I’m still getting my feet wet in project management.

I worked between getting my undergrad and getting my MBA, most notably for Bank of America, through a contractor. I wanted to pursue my MBA after that job, and while I was getting my MBA, I worked for a management professor who was contracted by the city of Los Angeles, California state government entities, and nonprofits. I did research for him as part of his team and managed some of his major projects.

What has working in Open Source / Postgres taught you?

I didn’t have much experience with Postgres before working with Command Prompt, so I’ve learned that it’s actually ingrained in a lot of other businesses. I’ve been familiar with the concept of Open Source for many years, and have supported it for a long time, so I’m really glad to be working for a company that is actively promoting that philosophy. I think it’s important to not lock knowledge in a box - it should be shared and it should be added to and grown. Anything that promotes that, I’m for.

What is it like to be on a team of SysAdmins and DBAs?

Being on a team with SysAdmins and DBAs is enlightening - it’s a completely different job from what I do and from what my friends and former colleagues do, and I like seeing another perspective to solving problems. My father used to work in databases, and I’m familiar with this work, but he worked in a more entrepreneurial way, so he was promoting himself a lot too. Seeing a team working is a little different than seeing a single person.

The Command Prompt team always has the best intentions, so while it may be tough at times to oversee and balance the team’s tasks and responsibilities, I really enjoy working with this team because their ultimate goal is to be helpful to us and to our partners.

My greatest motivator is knowing that I have helped someone. I like hearing the feedback that something I did was really helpful, so hearing that from our partners and from my teammates is what motivates me. I want to make sure that what I’m doing helps someone else. 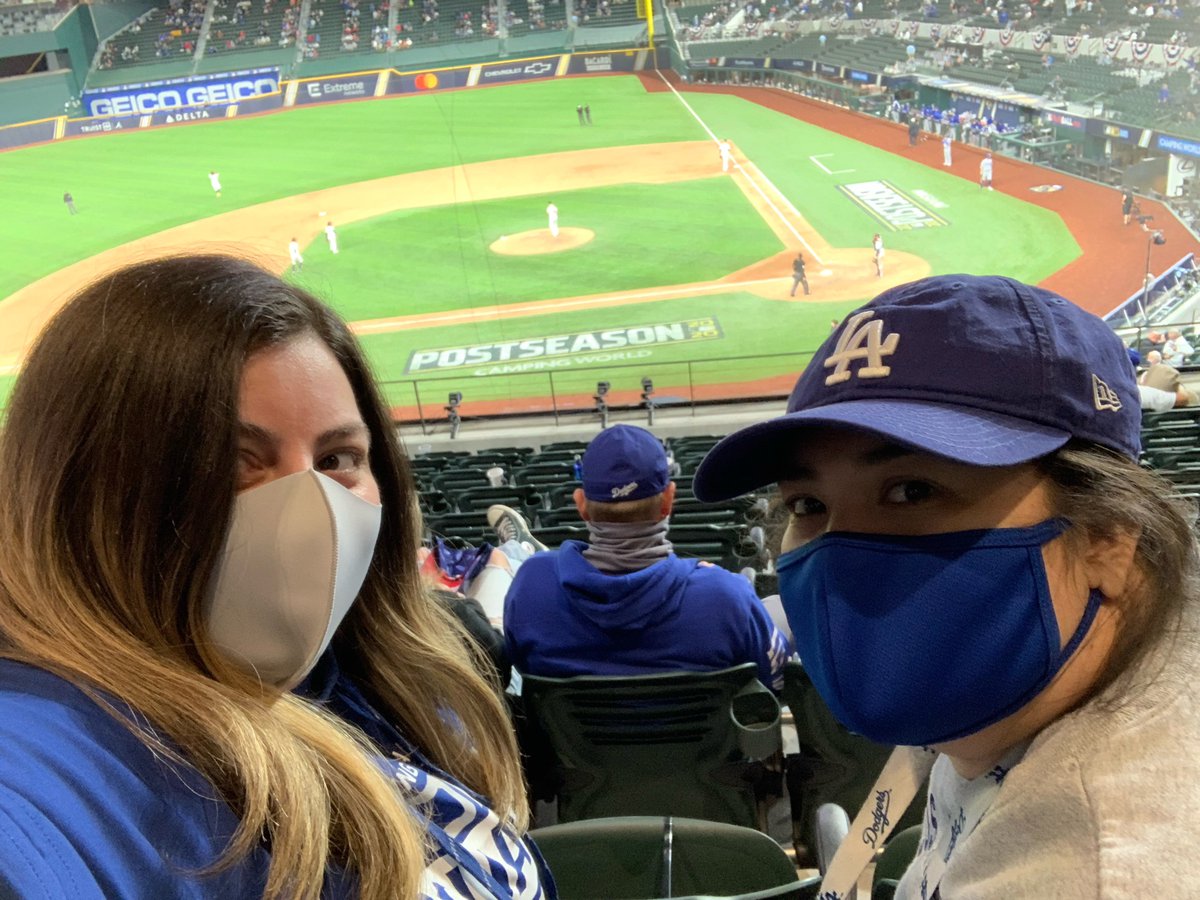 If you could recommend one learning resource, what would it be?

A year ago, I built my PC without any previous experience, and the top question I’ve gotten about it was how did I know what to do and what to get. PCPartPicker.com is a great resource if you’re interested in building one yourself. They have curated build guides for different price points and levels, so if you’re unsure of what you want, you know you can’t go wrong with their recommendations. Community members also post their own completed builds that you can draw ideas and inspiration from. PCPartPicker also has price comparison and tracking tools to help if you’re on a budget, and a compatibility checker to make sure parts are meant to work together.

What kinds of roles are available for non-technical people in tech?

Project management is an obvious one because it’s what I do. In previous positions, like when I worked for the Cloud SaaS company, I primarily worked with non-technical people in professional services. Implementing a cloud solution, for example, doesn’t necessarily require technical knowhow. In the company I was previously with, we had been implementing an accounting solution, so a lot of those people were more accounting people and not necessarily technical. If it falls under your wheelhouse, you could certainly be trained to implement services like that within a technical organization.

Professional services can encompass a wide range of non-technical people. With technical companies, they all need support and usually more than they think they do. I had wanted to pivot to tech, so project management was a way that I thought that my skills could make me useful.

I knew I wanted to go into the tech because there’s a lot of growth in the industry, and I wanted future job security. I decided to go about it by furthering my education by getting my MBA. Doing my MBA also had me researching companies regularly, so being able to do your homework was another skill that I was able to acquire. When you’re going about finding jobs, it’s important to explain how your skills apply to that job and make sure that that kind of parity is obvious to your potential employer.

What should a non-technical person look for in a tech-based organization?

Knowing what kind of area that you want to be in is important, but also being able to do your research when it comes to applying. For example, if you know what company you’re applying to, I’m sure they have a website and you can see their products or services, then you can do your research so that you can be well prepared.

What tips do you have for those now working from home for the first time?

Having a dedicated work space is really important for working from home, even if it’s in your bedroom - it just shouldn’t be near your bed. I have a dedicated workspace within my bedroom with a desk and a PC that I built for gaming, but that I also use for work. Since I also have a laptop, I have a stand so that it’s more comfortable to use at my desk. Having that space is really important so that you know when you’re in work mode and when you’re in home mode.

Sticking to routine schedules is also really important as well. I have a roommate who’s currently working from home due to COVID, and her work space is similar to mine insofar as she’s in her bedroom with a desk. We joke that we’re coworkers even though we don’t technically work together.

Where can we find you on a Saturday afternoon?

These days, you can probably find me on the couch playing video games - Right now I’m playing Assassins Creed Valhalla, so I get to be a viking.

I would be going to baseball games if it were allowed. I had planned to go three times last year but was only able to go once due to COVID-19. The only way to go to a game was to go in Texas during the playoffs, and I happen to live in Texas. I also happen to be a fan of one of the teams that played, so I was really excited that I was actually able to go.

Would you rather battle one horse-sized duck or 100 duck-sized horses?

I knew you were going to ask this question so I’ve been trying to think of an answer ahead of time - I’ve been going back and forth on it. 100 duck-sized horses is a lot to manage. I think I’d take the horse-sized duck, but I don’t have a plan. One horse-sized duck is only one thing to keep an eye on, though. Also mini horses are adorable, and I don’t want to fight them.

Pizza was my initial thought so I’m going to go with that. Probably a supreme pizza so that I get some vegetables but also some protein as well.

What book should everyone read?

Unfortunately, most of my books are in LA, but one of my favorite books that’s interesting to me very specifically, is called Washington’s Spies, by Alexander Rose. I’m a big US history fan, and I like learning about the American Revolution. The TV show Turn: Washington’s Spies, on AMC is based on this book about the Culper ring.

If you’re interested in the American Revolution in any way, then this is a really good read and it’s not as long as the Alexander Hamilton book that Hamilton was based on.

Other than project management, what topic are you an expert on?

I am pretty good about knitting. I have surpassed the person who taught me how to knit - it was actually my roommate who taught me when we were in high school, and I’ve kind of gone further and have been able to do more complicated things since then. She didn’t know how to do cabling, but she asked me to make a cable knit scarf for her, so I learned how to do that on my own. That scarf is probably one of my favorite things that I’ve made because it ended up looking really nice - it has two cabled braids running along both sides. 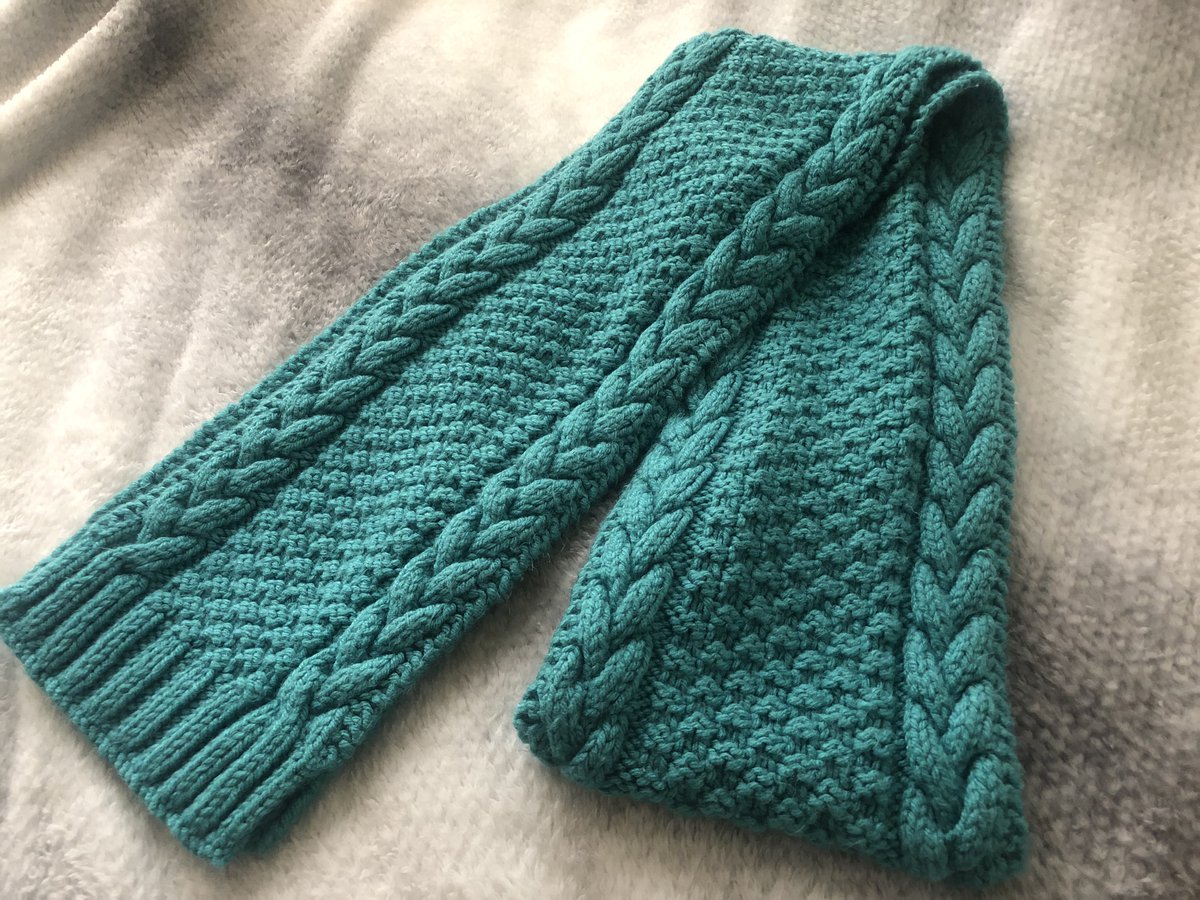 I’m a night owl - I don’t function in the mornings as well as I would like to, and I’m way too productive at night. I should be going to sleep, but instead I’ll be trying to do stuff - lots of late night cleaning.

What subject should be taught in schools but isn’t?

I think people need to be more prepared for the umbrella of adulting, so how to do your taxes, how to invest - even just minor investments. These aren’t things that people get taught unless they really look for it, and these aren’t things that should have a barrier to entry. This is something that should be started early, but by the time that someone who hasn’t been exposed to investing realizes that it’s something that they need to work on, they miss out on the benefits of starting early. 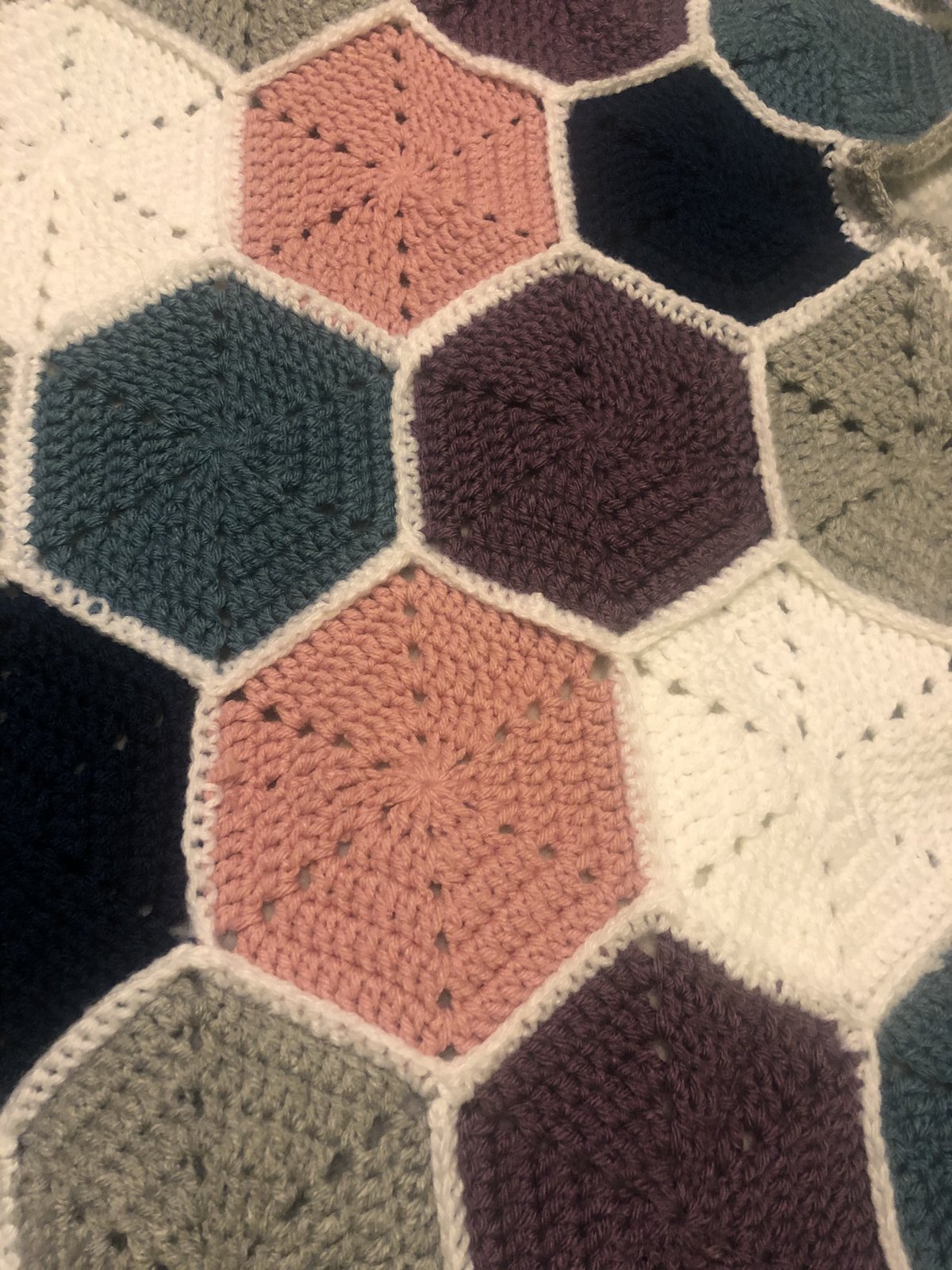 When you were a child, what did you want to be when you grew up?

When I was a child, I wanted to make cartoons - I wanted to be an animator. However, I wasn’t very talented as far as drawing goes and I didn’t enjoy bettering myself at drawing, so it’s not something that I pursued. That being said, it is something that my best friend is pursuing, so I get to live vicariously through her.