How to Use GROUP BY Clause in PostgreSQL

How to Use GROUP BY Clause in Postgres?

Let’s illustrate the above syntax step-by-step:

● In the SELECT statement, specify a column list that you want to group.

● tab_name is a table to which the selected columns belong.

You can follow the following hierarchy to specify the different clauses of the SELECT statement, such as WHERE, ORDER BY, etc.

- The FROM clause and WHERE clause will come prior to the GROUP BY clause.

- The HAVING, DISTINCT, ORDER BY, and LIMIT clauses will come after the GROUP BY clause.

Let’s head into the practical implementation of the Postgres GROUP BY clause:

Example 1: A Basic Example of GROUP BY Clause

A table named "bike_details" has already been created that contains the following records: 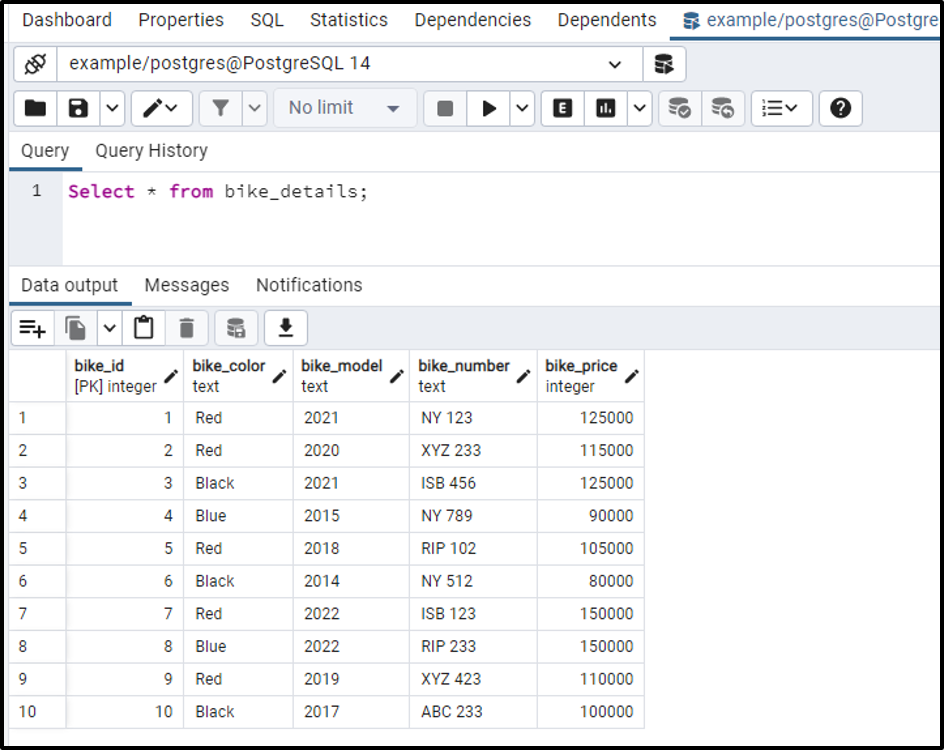 The below-given query will get the record of the selected table, and it will group the result based on bike_model: 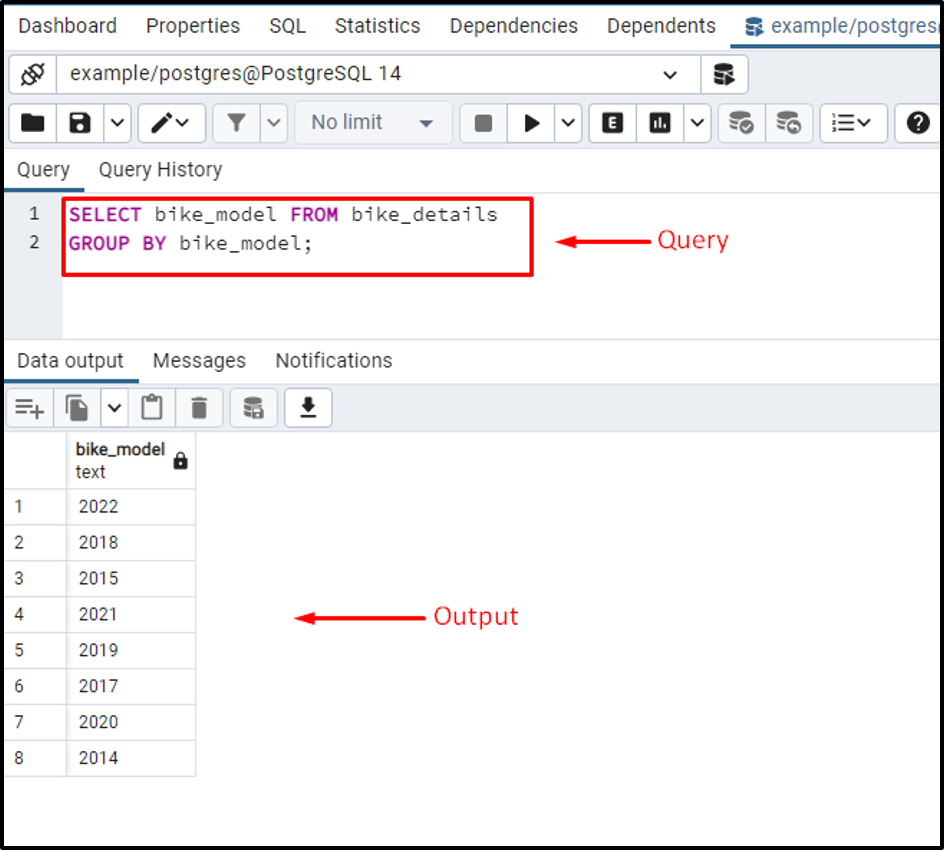 The output shows that the GROUP BY clause has eliminated the duplicated/redundant records.

Example 2: How to Use the Postgres GROUP BY Clause Along With the SUM()?

Let’s run the below-given query to find the sum of group items using the SUM() function: 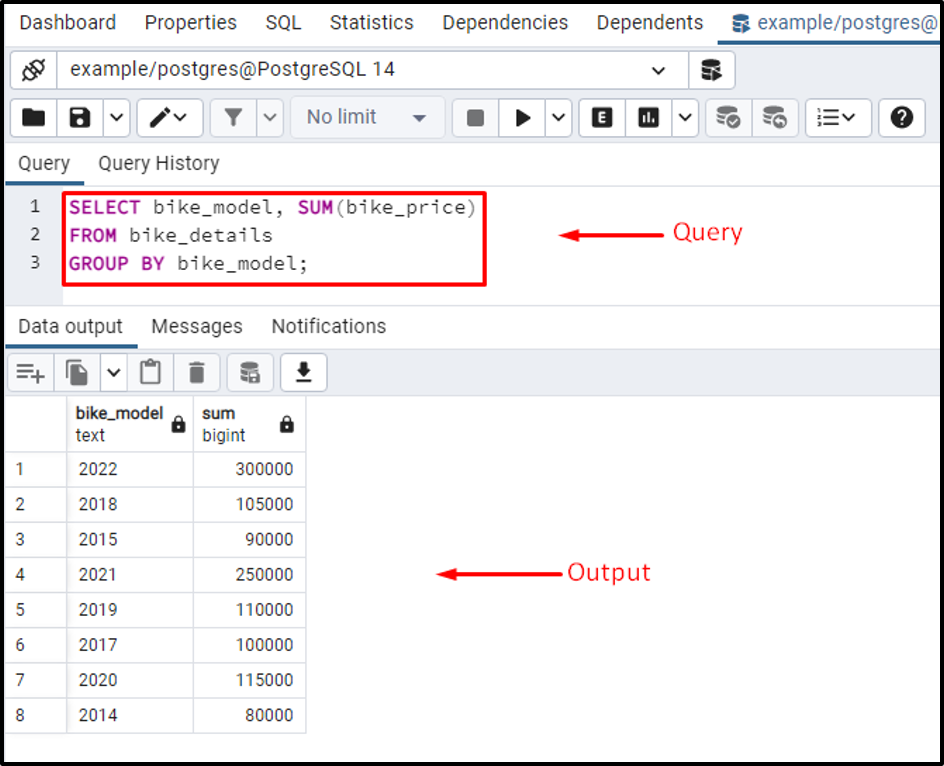 In this example, we utilized the GROUP BY clause to group the bikes with respect to their model. Next, we utilized an aggregate function named SUM() that calculated the sum of group items.

Example 3: How to Use the Postgres GROUP BY Clause Along With the COUNT()?

In this example, we will use the COUNT() function to count the number of bikes available for each model: 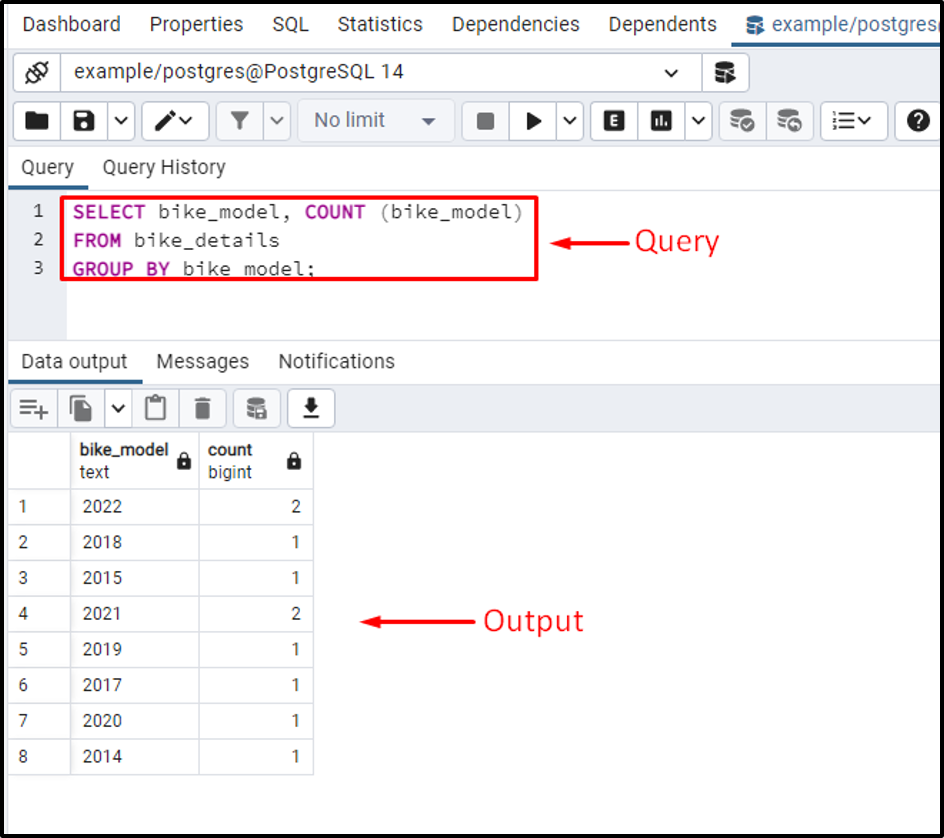 The output shows that in the result set, there are two bikes for the 2022 and 2021 models.

Example 4: How Does ORDER BY Clause Work Along With the GROUP BY Clause? 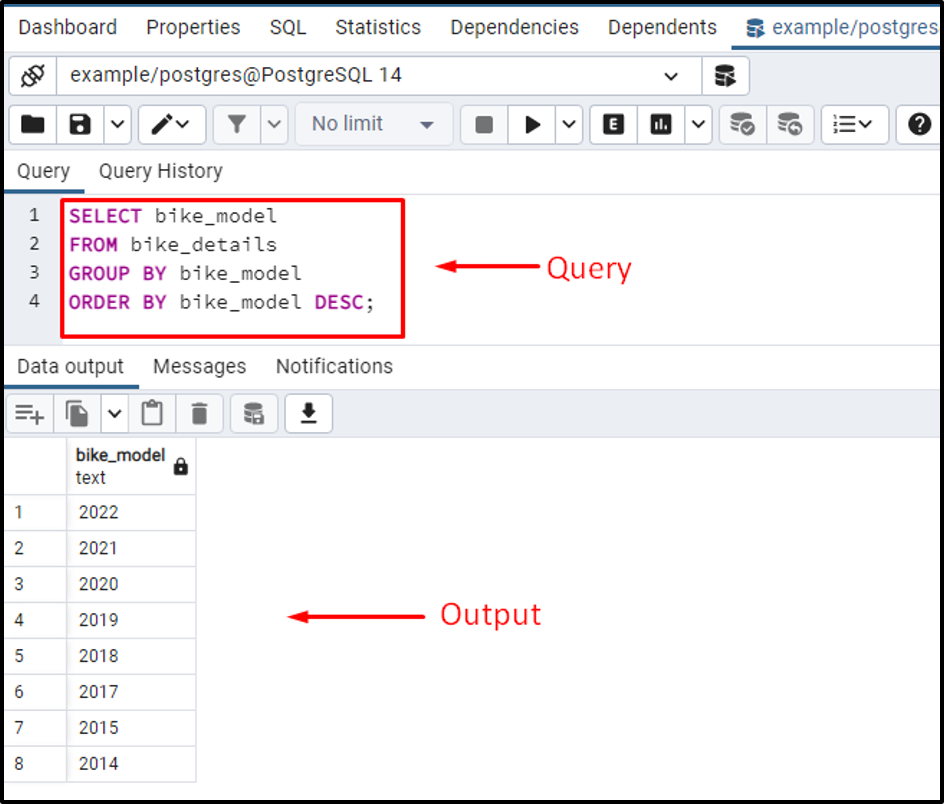 The output verified that this time the GROUP CLAUSE removed the redundant data and sorted the result-set in descending order.

That was all the basic information regarding the Postgres GROUP BY clause.

How to Use REPEAT() Function in PostgreSQL

How to Get a Day From a Date in PostgreSQL

Difference Between DIV() and MOD() Function in PostgreSQL

PostgreSQL RIGHT() Function: Extract Characters From the Right of a String

PostgreSQL LEFT() Function: Extract Characters From the Left of a String