How to Use Update Query in PostgreSQL

This post is going to explain the working of the Postgres UPDATE query using some examples. So, let’s begin!

How to Use UPDATE Query in PostgreSQL?

Let’s consider the following syntax to get a basic understanding of the UPDATE query in PostgreSQL.

Consider the below-listed points to analyze the working of the UPDATE query:

● Write the UPDATE keyword followed by the table name to update the table’s record. In the above snippet, tab_name represents a table to be updated.

● WHERE clause takes a condition on the basis of which the selected table will be updated.

Example: How to Update a single row in PostgreSQL?

We have an existing table named “team_members”. We will utilize the UPDATE query to update a specific row of the “team_members” table.

Let’s run the SELECT query to see all the data of the selected table: 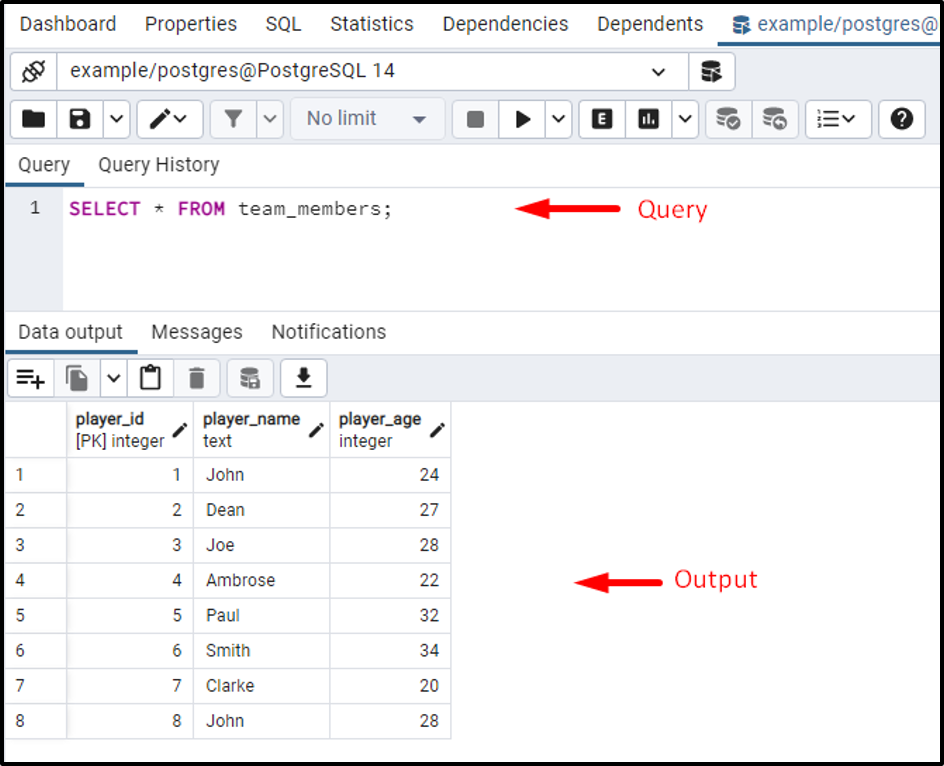 Suppose we want to update the player name from “Paul” to “Marsh”. To do this, execute the below-given command:

Let’s analyze the working of the above-given query step-by-step:

- team_members is the table to be updated.

- Marsh is the value to be updated in the player_name column.

- The updated value will be assigned to the player whose player_id = 5.

The error-free output verifies that the UPDATE query gets executed successfully.

Let’s run the below-given command to verify whether the selected row has been updated or not: 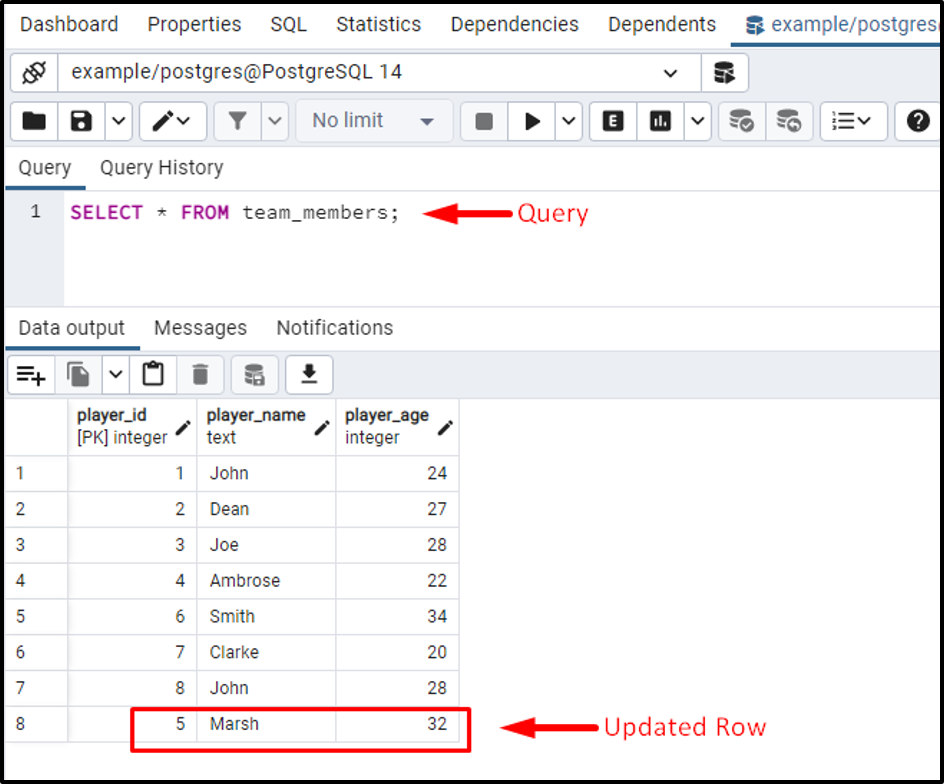 The above snippet verified that the targeted row had been updated successfully.

Example: How to Use the RETURNING Clause With UPDATE Query in PostgreSQL?

Suppose we want to update and return the player_name whose id is 8. To do this, let’s execute the UPDATE query along with RETURNING clause: 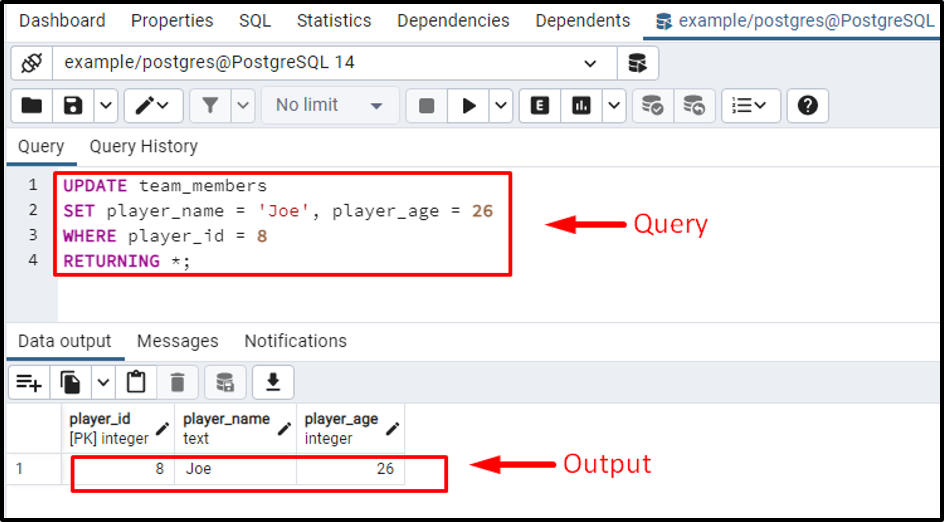 The output clarifies that the RETURNING clause succeeded in returning the updated row.

PostgreSQL allows us to update the record of any existing table using the UPDATE query. In PostgreSQL, different clauses like WHERE, RETURNING, etc., can be used with the UPDATE query to serve different purposes. WHERE clause takes a condition based on which the selected table will be updated. While the RETURNING clause returns the updated record. This post explained several use cases of the UPDATE query with the help of examples.

How to Use REPEAT() Function in PostgreSQL

How to Get a Day From a Date in PostgreSQL

Difference Between DIV() and MOD() Function in PostgreSQL

PostgreSQL RIGHT() Function: Extract Characters From the Right of a String

PostgreSQL LEFT() Function: Extract Characters From the Left of a String