The SPLIT_PART() in Postgres is an incredibly useful built-in function for manipulating and extracting data from strings. The SPLIT_PART() function allows us to determine a delimiter/separator based on which the string will be divided. It can accept any character or sequence of characters, such as a comma, a space, or even a regular expression.

This post will guide you on extracting the data from a string using the SPLIT_PART() function in Postgres. So, let’s start.

The SPLIT_PART() function assists us in extracting the data from strings such as employee name, address, or any other data that contains multiple pieces of information separated by a delimiter/separator:

Here in this syntax:

The “str” represents a string to be separated/split. The “del” argument represents a delimiter/separator based on which the given string will split. While “position” specifies the substring's position, it must be a positive number.

Example 1: Split the Given String From a Comma

In the following code, we utilize the “,” as a delimiter:

The SPLIT_PART() extracts the data from the string based on the specified position.

We have already created a table named articles_info, whose data is shown in the following snippet: 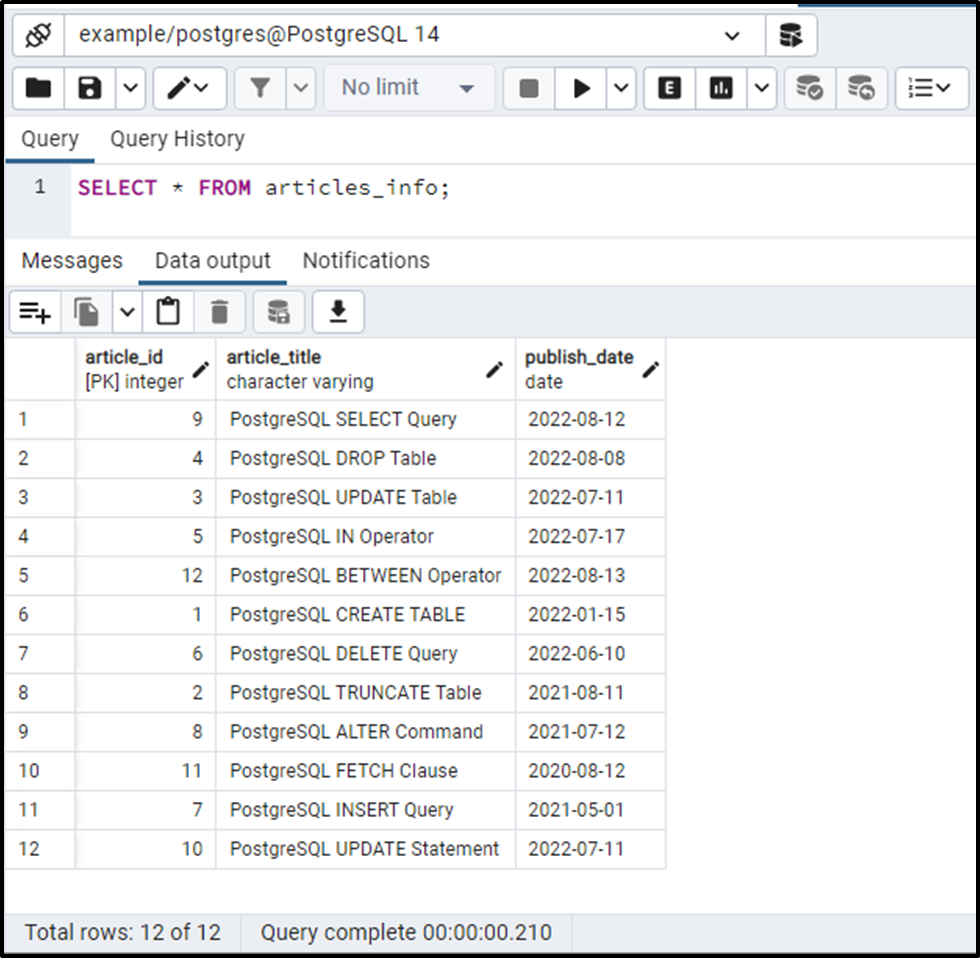 Let’s split the publish_date and retrieve the year, month, and day, separately: 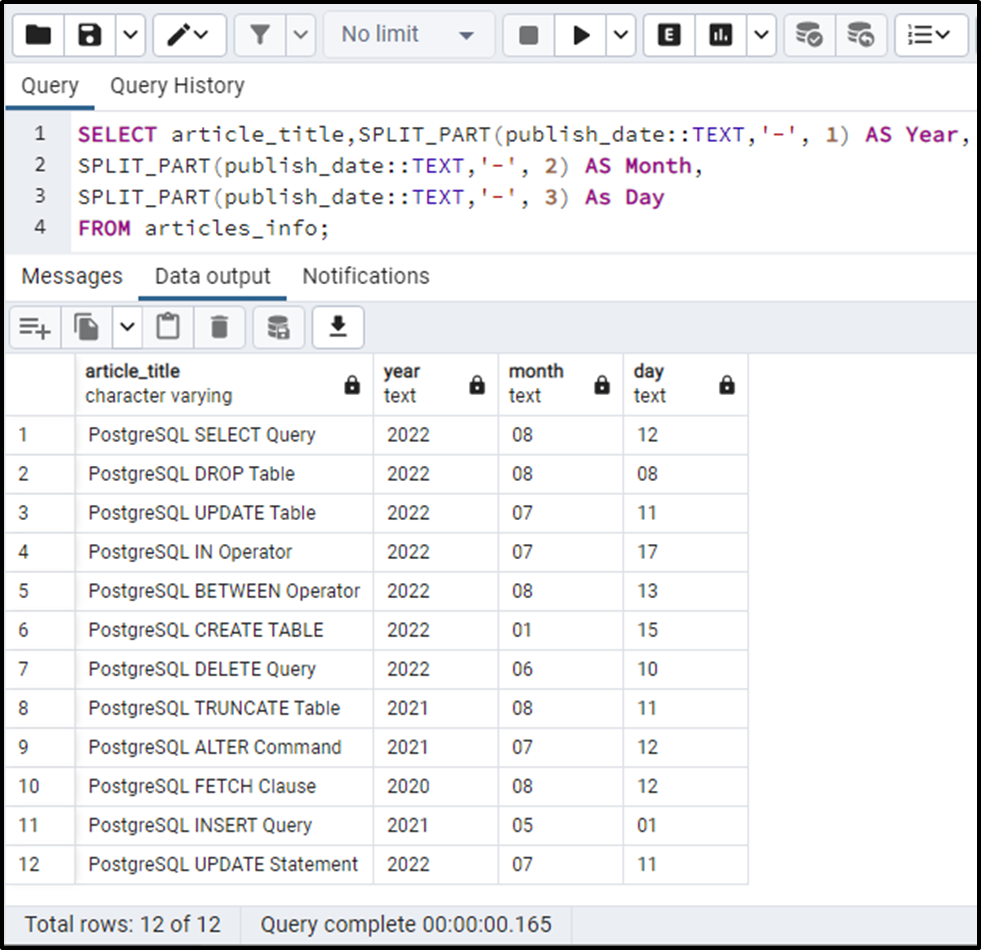 The output demonstrates that the SPLIT_PART() function extracted the published date successfully.

The below statement will split the article titles from a from and retrieve the data based on position “2”: 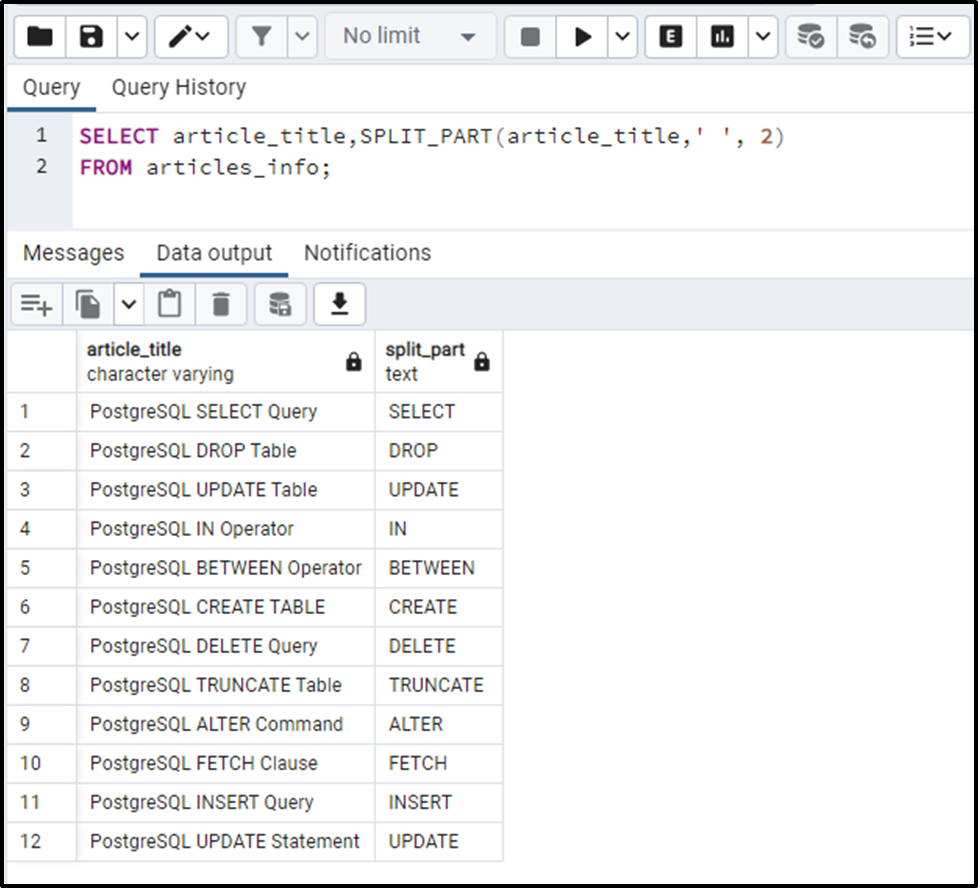 The output verifies the working of the SPLIT_PART() function.

How to Drop a Default Value From a Column in PostgreSQL

How to Drop a View in PostgreSQL